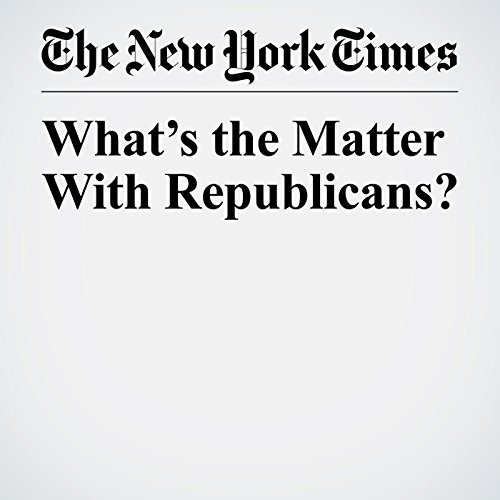 Over the past two months the Trump administration and the Republicans in Congress have proposed a budget and two health care plans that would take benefits away from core Republican constituencies, especially working-class voters. And yet over this time Donald Trump’s approval rating has remained unchanged, at 40 percent. During this period the Republicans have successfully defended a series of congressional seats.

"What’s the Matter With Republicans?" is from the July 04, 2017 Opinion section of The New York Times. It was written by David Brooks and narrated by Kristi Burns.