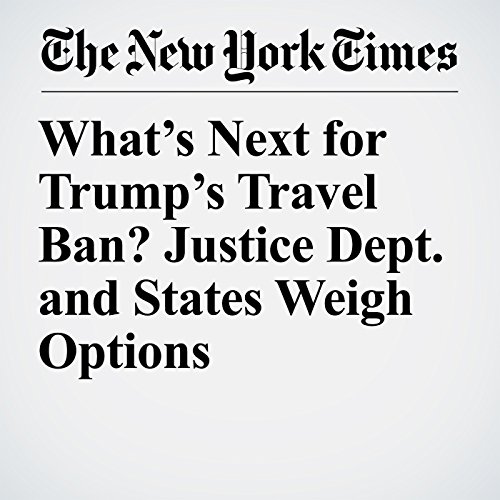 The Justice Department said in a brief filed Monday that it would continue to defend President Donald Trump’s targeted travel ban in the federal appeals court in San Francisco, which on Thursday refused to reinstate it.

"What’s Next for Trump’s Travel Ban? Justice Dept. and States Weigh Options" is from the February 13, 2017 U.S. section of The New York Times. It was written by Adam Liptak and narrated by Kristi Burns.