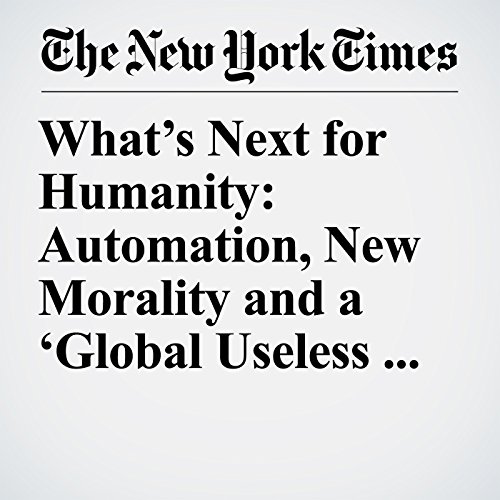 What will our future look like — not in a century but in a mere two decades?

"What’s Next for Humanity: Automation, New Morality and a ‘Global Useless Class'" is from the March 19, 2018 World section of The New York Times. It was written by Kimiko De Freytas Tamura and narrated by Keith Sellon-Wright.