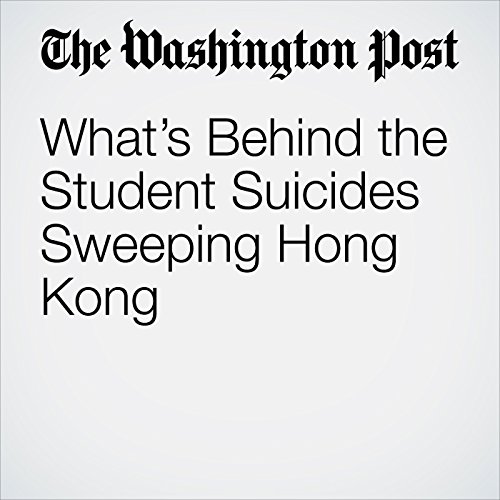 It's the latest in a rash of suicides by students in Hong Kong. Thirty-five students took their own lives in 2016; one was just 11 years old. Between 2010 and 2014, Hong Kong saw an average of 23 student suicides a year, according to the University of Hong Kong’s Center for Suicide Research and Prevention.

"What’s Behind the Student Suicides Sweeping Hong Kong" is from the February 26, 2017 World section of The Washington Post. It was written by Amanda Erickson and narrated by Sam Scholl.