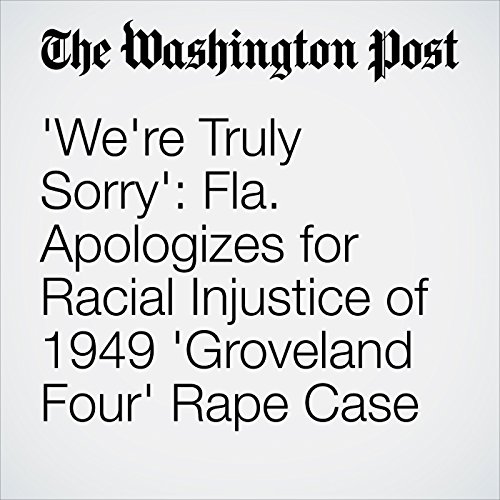 Within days of Padgett’s accusations, three black men from the city of Groveland were in jail and a fourth, Ernest Thomas, was dead, shot and killed by an angry mob — led by McCall — who had chased him 200 miles into the Panhandle. In Groveland, black-owned homes were shot up and burned, sparking chaos so intense the governor eventually sent in the National Guard.

"'We're Truly Sorry': Fla. Apologizes for Racial Injustice of 1949 'Groveland Four' Rape Case" is from the April 19, 2017 National section of The Washington Post. It was written by Katie Mettler and narrated by Sam Scholl.