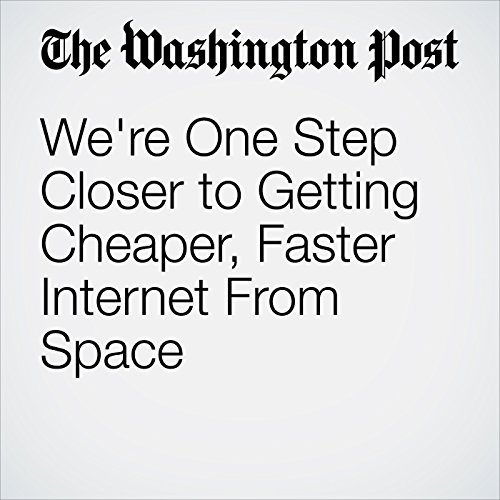 For many, it's been a years-long pipe dream: Ultra-fast, lag-free Internet that comes to your PC or smartphone via satellite instead of a wire into your home. Facebook, Google and even SpaceX have all explored the idea, partly in hopes of selling broadband access to a growing market with enormous potential — the developing world.

"We're One Step Closer to Getting Cheaper, Faster Internet From Space" is from the June 22, 2017 The Switch section of The Washington Post. It was written by Brian Fung and narrated by Sam Scholl.