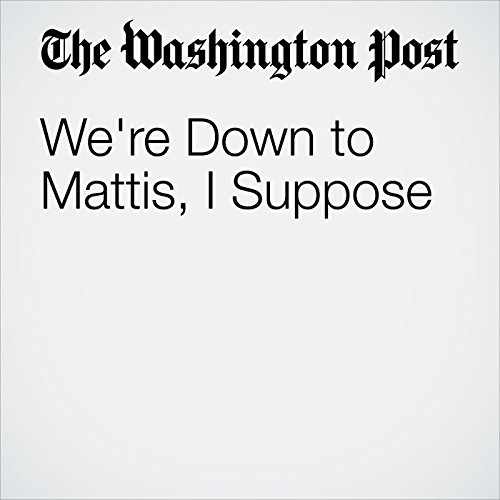 Republicans and Democrats alike have been deluding themselves for some time about White House Chief of Staff John F. Kelly. They were certain that Kelly was a “grown-up” who understood that the president the American people elected was hobbled — morally, intellectually, temperamentally — and it was Kelly’s job to steer the ship of state away from the rocks. He wouldn’t lie to the American people as President Trump did, these Kelly fans believed.

"We're Down to Mattis, I Suppose" is from the October 23, 2017 Opinion section of The Washington Post. It was written by Jennifer Rubin and narrated by Sam Scholl.