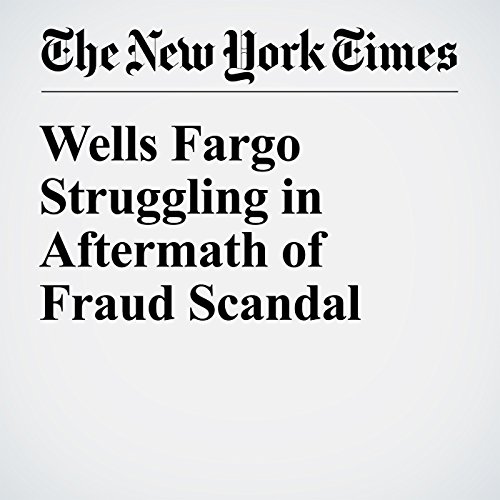 The bank said Friday that new credit card applications were down 43 percent in the fourth quarter of 2016 from a year ago, and that new checking account openings fell 40 percent.

"Wells Fargo Struggling in Aftermath of Fraud Scandal" is from the January 13, 2017 Business section of The New York Times. It was written by Michael Corkery and narrated by Corey M. Snow.