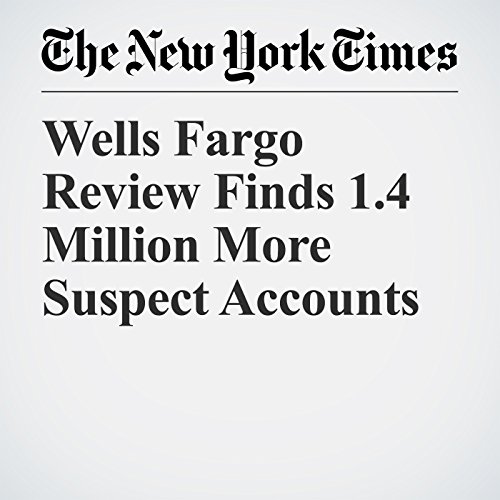 Wells Fargo said Thursday that an internal review of its potentially fraudulent bank accounts had uncovered a total of 3.5 million such accounts, some 1.4 million more than it had previously estimated.

"Wells Fargo Review Finds 1.4 Million More Suspect Accounts" is from the August 31, 2017 Business section of The New York Times. It was written by Stacy Cowley and narrated by Keith Sellon-Wright.