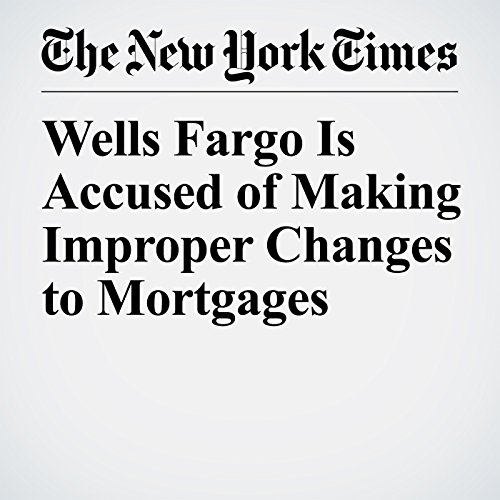 Even as Wells Fargo was reeling from a major scandal in its consumer bank last year, officials in the company’s mortgage business were putting through unauthorized changes to home loans held by customers in bankruptcy, a new class action and other lawsuits contend.

"Wells Fargo Is Accused of Making Improper Changes to Mortgages" is from the June 14, 2017 Business section of The New York Times. It was written by Gretchen Morgenson and narrated by Barbara Benjamin-Creel.