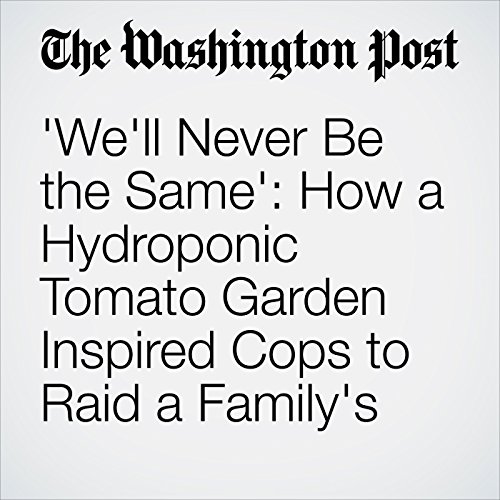 His 7:20 a.m. alarm had just yanked him awake. Got to get the kids — a boy in seventh grade, a girl in kindergarten — ready for school. Then he heard, like a starter’s pistol setting everything into motion, the first pounding on the front door of his home in Leawood, Kan., a bedroom suburb south of Kansas City. It was thunderous. It didn’t stop. Should I get up? Bob thought. Should I not? Sounded like the house was coming down, he would recall later.

"'We'll Never Be the Same': How a Hydroponic Tomato Garden Inspired Cops to Raid a Family's Home" is from the July 28, 2017 Morning Mix section of The Washington Post. It was written by Kyle Swenson and narrated by Kristi Burns.