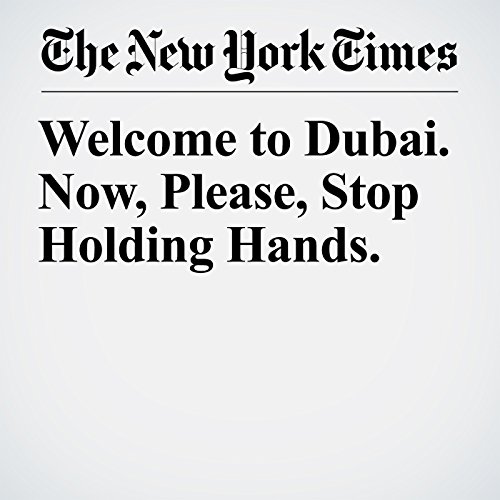 Dubai, one of the seven emirates in the United Arab Emirates, portrays itself as welcoming to foreigners. Its boosters claim it is the fourth most-visited tourism destination in the world, and it has at least 12 times as many foreign residents as citizens. But a legal system based on a hard-line interpretation of Shariah law often lands foreigners in jail for offenses that few Westerners would dream were even crimes.

"Welcome to Dubai. Now, Please, Stop Holding Hands." is from the November 11, 2017 World section of The New York Times. It was written by Rod Nordland and narrated by Kristi Burns.