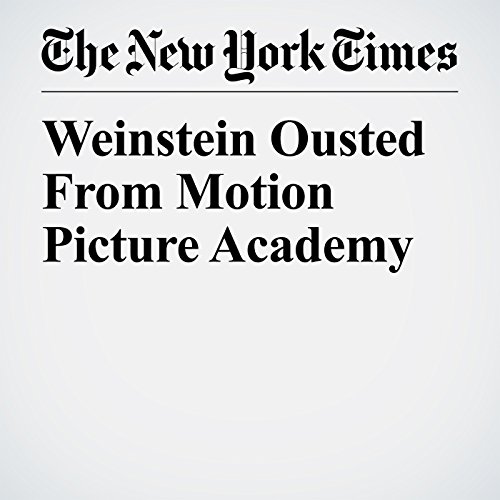 Hollywood’s de facto governing body, the Academy of Motion Picture Arts and Sciences, voted overwhelmingly Saturday to “immediately expel” Harvey Weinstein, breaking with 90 years of precedent and turning one of the biggest Oscar players in history into a hall-of-fame pariah.

"Weinstein Ousted From Motion Picture Academy" is from the October 14, 2017 U.S. section of The New York Times. It was written by Brooks Barnes and narrated by Keith Sellon-Wright.