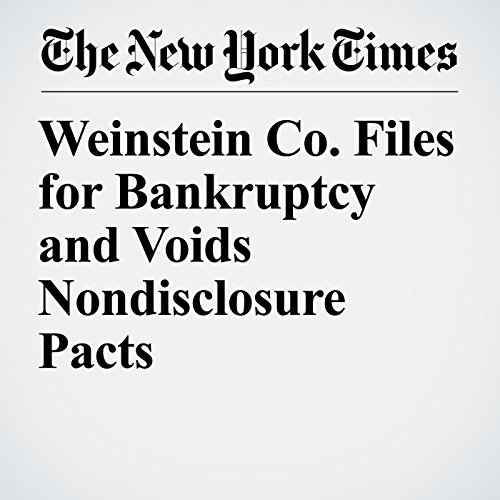 The Weinstein Co. clung to life longer than anyone in Hollywood expected following a sexual harassment scandal so big that it started a global workplace reckoning.But the troubled studio finally flatlined.

"Weinstein Co. Files for Bankruptcy and Voids Nondisclosure Pacts" is from the March 19, 2018 U.S. section of The New York Times. It was written by Brooks Barnes and narrated by Kristi Burns.