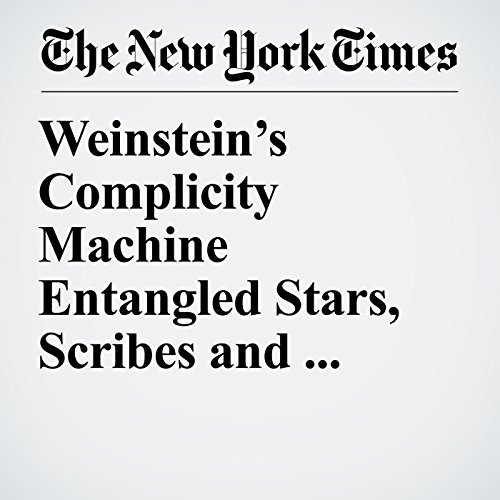 Weinstein’s Complicity Machine Entangled Stars, Scribes and Aides in a Web of Secrets

Harvey Weinstein built his complicity machine out of the witting, the unwitting and those in between. He commanded enablers, silencers and spies, warning others who discovered his secrets to say nothing. He courted those who could provide the money or prestige to enhance his reputation as well as his power to intimidate.

"Weinstein’s Complicity Machine Entangled Stars, Scribes and Aides in a Web of Secrets" is from the December 06, 2017 U.S. section of The New York Times. It was written by Megan Twohey, Jodi Kantor, Susan Dominus, Jim Rutenberg and Steve Eder and narrated by Keith Sellon-Wright.