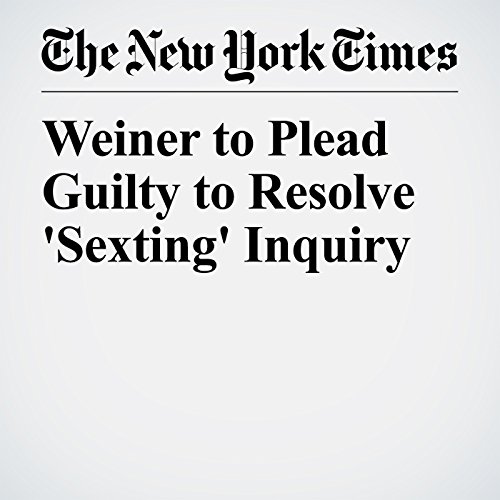 Anthony Weiner, the former Democratic congressman whose “sexting” scandals ended his political career and embroiled him in a tumultuous FBI investigation of Hillary Clinton before the election, is to appear in a federal courtroom in New York City on Friday to enter a guilty plea.

"Weiner to Plead Guilty to Resolve 'Sexting' Inquiry" is from the May 19, 2017 U.S. section of The New York Times. It was written by Benjamin Weiser and William K. Rashbaum and narrated by Barbara Benjamin-Creel.