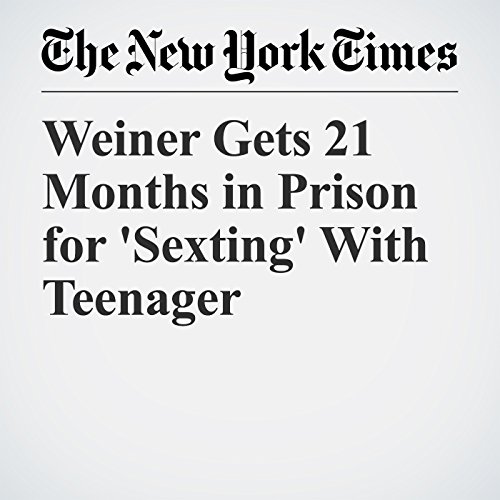 Anthony Weiner, the disgraced former New York congressman who became caught up in a scandal over his exchange of lewd texts with a 15-year-old girl, was sentenced Monday to 21 months in prison.

"Weiner Gets 21 Months in Prison for 'Sexting' With Teenager" is from the September 25, 2017 U.S. section of The New York Times. It was written by Benjamin Weiser and narrated by Barbara Benjamin-Creel.