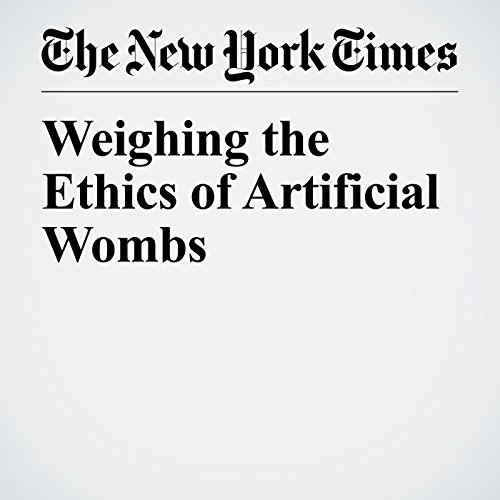 Despite several attempts over the past 20 years, researchers have been largely unsuccessful at encouraging human gestation outside the womb, and important elements of the interaction between mother and fetus remain a profound mystery.

"Weighing the Ethics of Artificial Wombs" is from the May 08, 2017 Science section of The New York Times. It was written by Elizabeth Yuko and narrated by Kristi Burns.