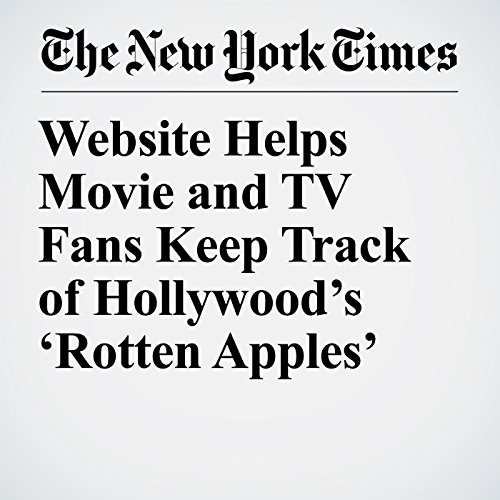 Since Harvey Weinstein’s unraveling, the list of cultural heavy-hitters accused of sexual misconduct has been growing at a dizzying clip, particularly in Hollywood. Enter Rotten Apples, a searchable database introduced Tuesday that informs users which films or television shows are connected to those accused of sexual harassment or worse.

"Website Helps Movie and TV Fans Keep Track of Hollywood’s ‘Rotten Apples’" is from the December 13, 2017 Entertainment section of The New York Times. It was written by Maya Salam and narrated by Kristi Burns.