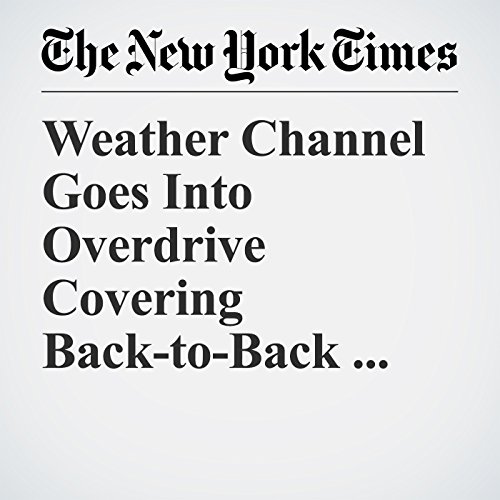 For most viewers, the Weather Channel is a utilitarian network, a quick stop on the basic cable lineup to check the day’s forecast. Best known for delivering local weather updates every 10 minutes, it competes for attention with programming as diverse as cooking shows and “Game of Thrones.” But as a pair of historic hurricanes disrupt large portions of the United States, the Weather Channel has never been more relevant, or more energized.

"Weather Channel Goes Into Overdrive Covering Back-to-Back Hurricanes" is from the September 09, 2017 U.S. section of The New York Times. It was written by David Gelles and narrated by Keith Sellon-Wright.