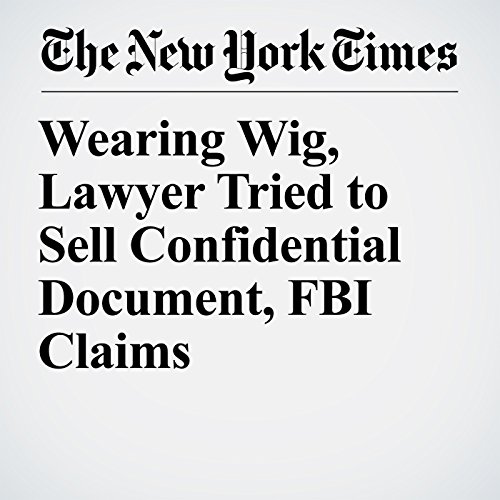 A man in a gray Titleist hat entered the lobby of the Hilton Garden Inn in Cupertino, California, carrying a blue duffle bag. His instructions were to walk past the water station to his left and sit on a chair that had a newspaper on it.

"Wearing Wig, Lawyer Tried to Sell Confidential Document, FBI Claims" is from the February 08, 2017 U.S. section of The New York Times. It was written by Liz Moyer and narrated by Barbara Benjamin-Creel.