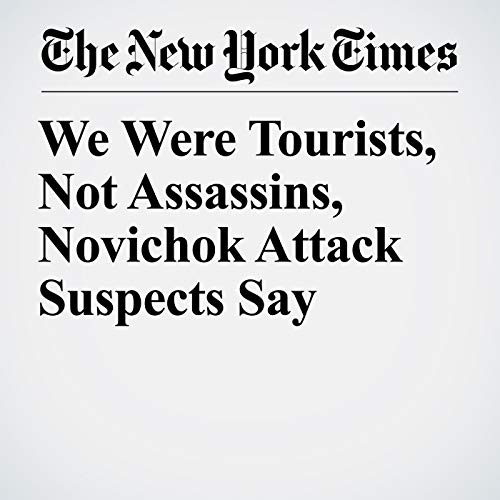 MOSCOW — Two Russians named by Britain as the prime suspects in a nerve agent attack that nearly killed a former Soviet spy popped up on Russian television on Thursday to deny any involvement in the assault.

"We Were Tourists, Not Assassins, Novichok Attack Suspects Say" is from the September 13, 2018 World section of The New York Times. It was written by Andrew Higgins and narrated by Kristi Burns.