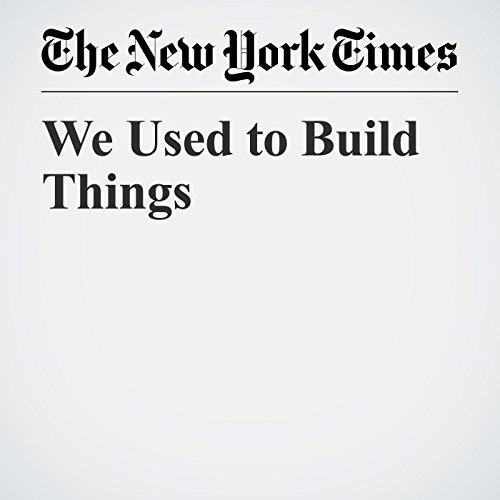 We Used to Build Things

They say that fighting a wildfire is the closest thing to being in combat. The trees explode, the wind whips down while the oxygen disappears and the fire “sheets” along the ground, streaking sideways like rushing waters.

"We Used to Build Things" is from the October 12, 2017 Opinion section of The New York Times. It was written by David Brooks and narrated by Mike DelGaudio.