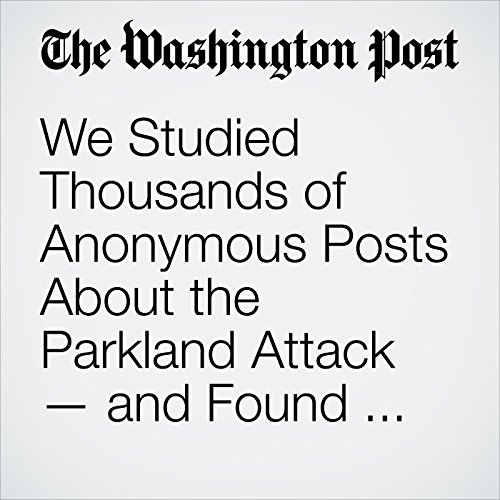 Forty-seven minutes after news broke of a high school shooting in Parkland, Fla., the posters on the anonymous chat board 8chan had devised a plan to bend the public narrative to their own designs: “Start looking for [Jewish] numerology and crisis actors.”

"We Studied Thousands of Anonymous Posts About the Parkland Attack — and Found a Conspiracy in the Making" is from the February 27, 2018 Technology section of The Washington Post. It was written by Craig Timberg, Drew Harwell and narrated by Sam Scholl.