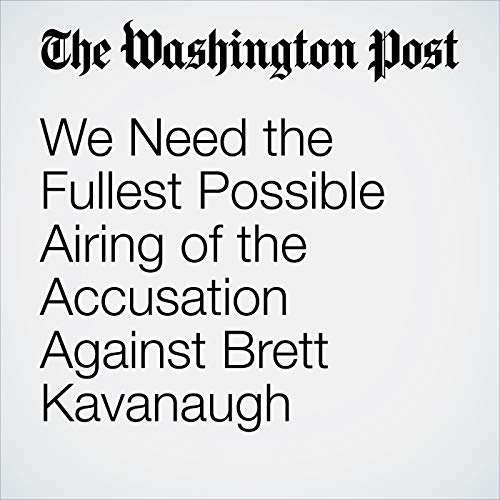 Déjà vu, but not all over again. As the story emerges of sexual assault-type allegations against Supreme Court nominee Brett M. Kavanaugh, it is important not to leap to misleading parallels between the situation now and the allegations 27 years ago against Supreme Court nominee and now-Justice Clarence Thomas. It’s also important not to draw false conclusions; in fact, a failure to block Kavanaugh’s confirmation on the basis of this accusation would not signal the failure of the #MeToo moment. It would not indicate that nothing has changed.

"We Need the Fullest Possible Airing of the Accusation Against Brett Kavanaugh" is from the September 15, 2018 Opinion section of The Washington Post. It was written by Ruth Marcus and narrated by Sam Scholl.