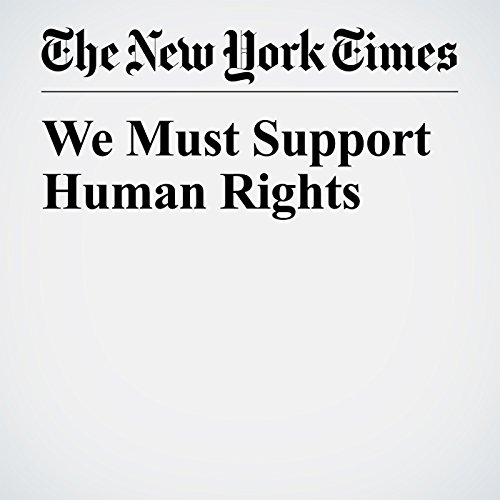 Some years ago, I heard Natan Sharansky, the human rights icon, recount how he and his fellow refuseniks in the Soviet Union took renewed courage from statements made on their behalf by President Ronald Reagan. Word had reached the gulag that the leader of the most powerful nation on earth had spoken in defense of their right to self-determination. America, personified by its president, gave them hope, and hope is a powerful defense against oppression.

"We Must Support Human Rights" is from the May 07, 2017 Opinion section of The New York Times. It was written by John McCain and narrated by Keith Sellon-Wright.