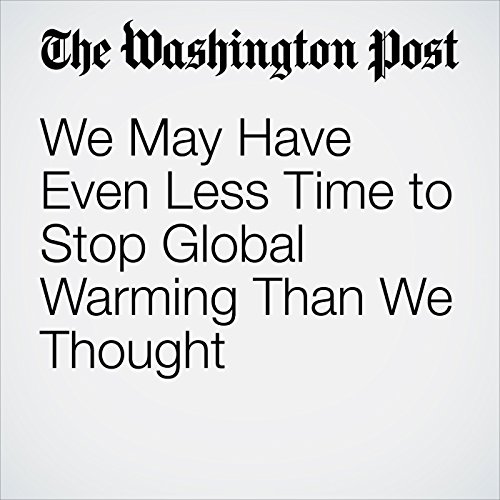 At least since 2013, one of the biggest concerns in the climate change debate has been the so-called carbon budget — a fixed limit to the volume of carbon dioxide emissions that we can put into the atmosphere before irrevocably committing to a considerably hotter planet.

"We May Have Even Less Time to Stop Global Warming Than We Thought" is from the July 24, 2017 Energy and Environment section of The Washington Post. It was written by Chris Mooney and narrated by Sam Scholl.