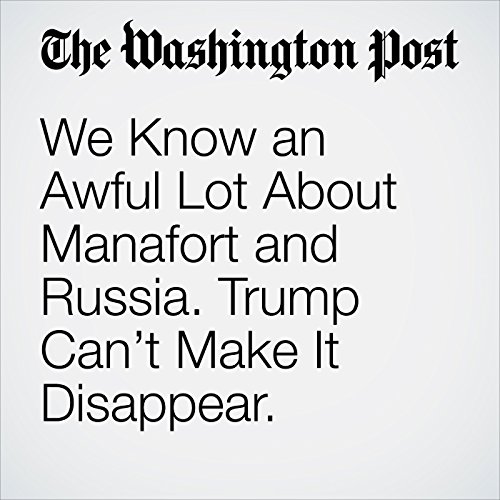 When August 2016 began, Paul Manafort was about 11 weeks into his job as chairman of Donald Trump’s campaign. But despite the political tumult, Manafort found time that month to meet at a swank Manhattan cigar bar with someone the FBI has suggested has ties to Russian intelligence.

"We Know an Awful Lot About Manafort and Russia. Trump Can’t Make It Disappear." is from the April 24, 2018 Opinion section of The Washington Post. It was written by David Ignatius and narrated by Sam Scholl.