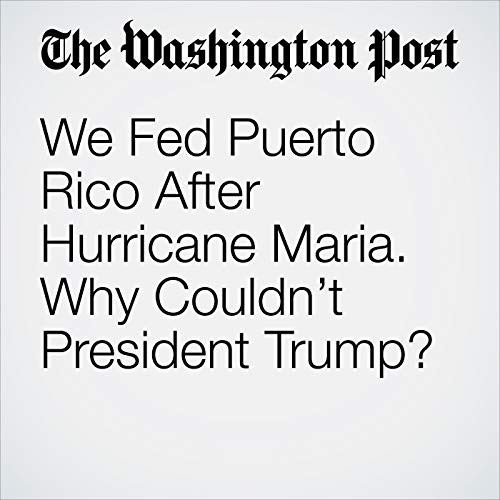 In recent days, President Trump declared the U.S. response to Hurricane Maria's devastation of Puerto Rico an "unsung success" and dismissed findings that the disaster resulted in nearly 3,000 deaths, calling them a fiction designed to make him "look as bad as possible."

"We Fed Puerto Rico After Hurricane Maria. Why Couldn’t President Trump?" is from the September 17, 2018 Opinion section of The Washington Post. It was written by José Andrés and Richard Wolffe and narrated by Sam Scholl.