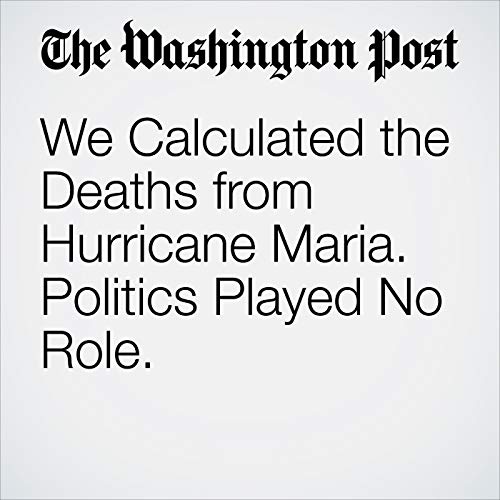 Last December, a week before the holiday break, I received a call from the government of Puerto Rico seeking a meeting to discuss Hurricane Maria and its aftermath. In the cab on the way to meet Gov. Ricardo Rosselló, I knew the number of Puerto Rican lives lost was, and would continue to be, a highly charged issue. But I had no idea that after the Milken Institute School of Public Health, of which I am the dean, released our independent study, that the issue would be the subject of several presidential tweets.

"We Calculated the Deaths from Hurricane Maria. Politics Played No Role." is from the September 15, 2018 Opinion section of The Washington Post. It was written by Lynn R. Goldman and narrated by Sam Scholl.