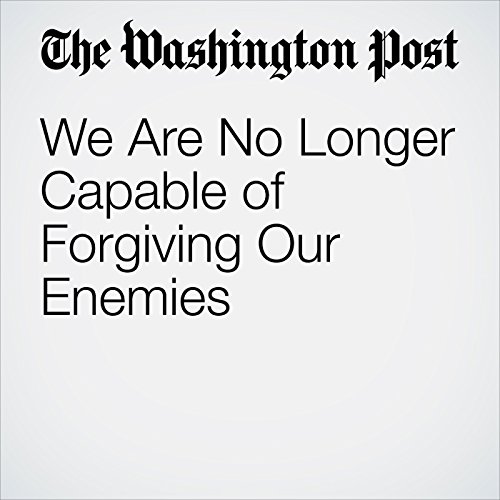 From the moment it became clear ABC was going to cancel “Roseanne” over Roseanne Barr’s bizarre, racist tweet accusing former Obama White House adviser Valerie Jarrett of being the offspring, somehow, of the Muslim Brotherhood and the “Planet of the Apes” film franchise, those on the “liberals suck” side of events began looking for a trophy of their own.

"We Are No Longer Capable of Forgiving Our Enemies" is from the June 02, 2018 Opinion section of The Washington Post. It was written by Elizabeth Bruenig and narrated by Sam Scholl.