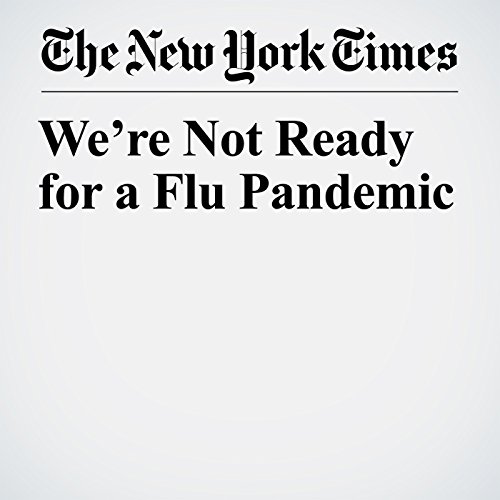 The influenza season is just getting started in the United States, and it already promises to be more severe than usual. Hospital emergency rooms are filling up with flu sufferers, and pharmacies have reported medicine shortages. Twelve children had died as of last month. To make matters worse, in Australia, which experienced its flu season four to six months ago, the current vaccine appeared to be only about 10 percent effective against this year’s dominant strain.

"We’re Not Ready for a Flu Pandemic" is from the January 08, 2018 Opinion section of The New York Times. It was written by Michael T. Osterholm and Mark Olshaker and narrated by Kristi Burns.