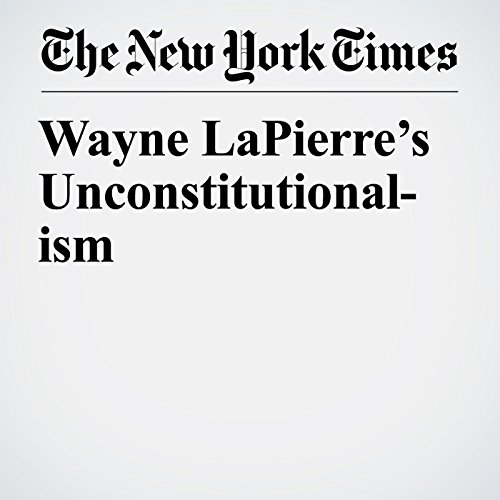 Wayne LaPierre is rarely accused of progressivism. But when LaPierre, the leader of the National Rifle Association, addressed the Conservative Political Action Conference last week, he invoked the Second Amendment in much the same way that a significant portion of the left has long spoken of the rights it values.

"Wayne LaPierre’s Unconstitutionalism" is from the March 01, 2018 Opinion section of The New York Times. It was written by Greg Weiner and narrated by Keith Sellon-Wright.