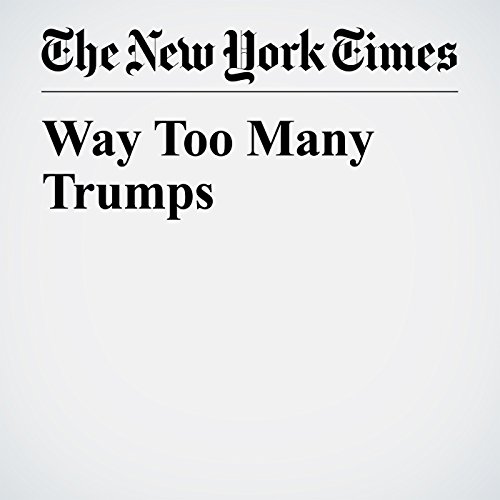 You remember the Somewhat Normal Republican Trump, who answers to both SNORE and SNORT, depending on his energy level at the moment. He mainly likes to repeal federal regulations — free mentally ill people to buy guns; don’t let a little clean water stand between coal owners and their yen to dump trash. Last week SNORT issued a tax reform plan that was classic GOP in its extreme vagueness on how to pay for its multitude of cuts. (“Eliminate tax breaks for special interests.”)

"Way Too Many Trumps" is from the May 03, 2017 Opinion section of The New York Times. It was written by Gail Collins and narrated by Fleet Cooper.