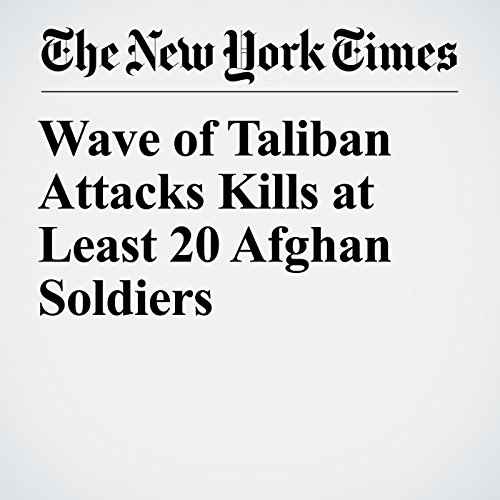 The Taliban staged three attacks in southern Afghanistan on Saturday, killing at least 20 Afghan soldiers as a high-level NATO delegation was visiting the country to discuss the peace process.

"Wave of Taliban Attacks Kills at Least 20 Afghan Soldiers" is from the February 24, 2018 World section of The New York Times. It was written by Andrew E. Kramer and narrated by Kristi Burns.