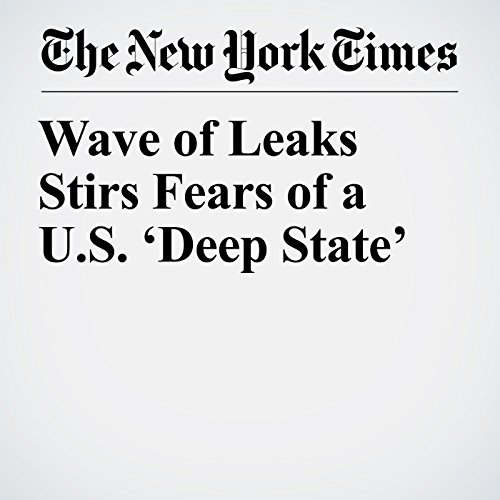 A wave of leaks from government officials has hobbled the Trump administration, leading some to draw comparisons to countries like Egypt, Turkey and Pakistan, where shadowy networks within government bureaucracies, often referred to as “deep states,” undermine and coerce elected governments.

"Wave of Leaks Stirs Fears of a U.S. ‘Deep State’" is from the February 17, 2017 U.S. section of The New York Times. It was written by Amanda Taub and Max Fisher and narrated by Caroline Miller.