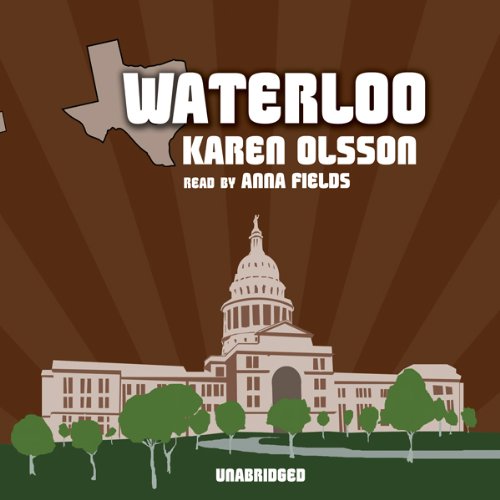 A sharp and funny new novel of misspent youth, dirty politics, the demise of rock 'n' roll, and, above all, America, particularly Waterloo, Texas.

"You're in a slump." Nick Lasseter's boss is talking about his job performance as a reporter for the Waterloo Weekly, but he might as well be talking about Nick's whole life. His current assignment, a profile of a legendary liberal ex-congressman, is in trouble even before the subject abruptly dies. When Nick grudgingly agrees to write a piece about a rising female Republican legislator, he stumbles onto a political fight in which the good guys and bad guys start to seem interchangeable. When Nick gets involved with the late congressman's confidante, it seems that not even the deceased can be relied on to stick to their stories. Some things never change: the moral ambiguity of practical politics, and the hilarious cluelessness of young men in love.

"With clean, brisk prose, Olsson brings a specific, authentic sense of character, time, and place to this story of Texas politicians and muckrakers." (Publishers Weekly)
"Olsson displays an enviably light touch and a deep affection for her hometown." (Booklist)