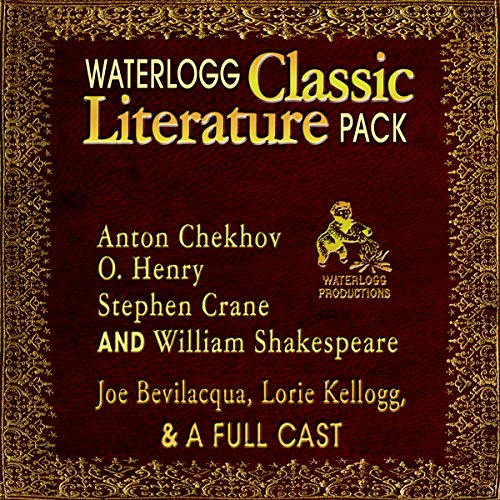 This collection provides over five hours of radio dramatizations of some of the greatest literature ever written, as adapted, produced, and directed by Joe Bevilacqua.

The Bear: A Classic One-Act Play by Anton Chekhov

The Bear, one of the great works of Anton Chekhov, tells about the strange beginnings of love between the recently widowed Mrs. Popov and Grigory Stepanovich Smirnov. In Russian the word for "bear" has two meanings: an animal or a rather rude, clumsy, awkward man. The cast includes Cathi Tully, Bob Miller, and William Duff-Griffin.

Waterlogg Productions will be releasing the complete works of O. Henry.

"The Pace of Youth" by Stephen Crane

This adaptation of Crane's classic short story was produced with wonderful sound effects and music by veteran radio-theater producer Joe Bevilacqua, who is joined in the cast by William Melillo, Cathi Tully, Peter Cummings, and Leslie Spital.