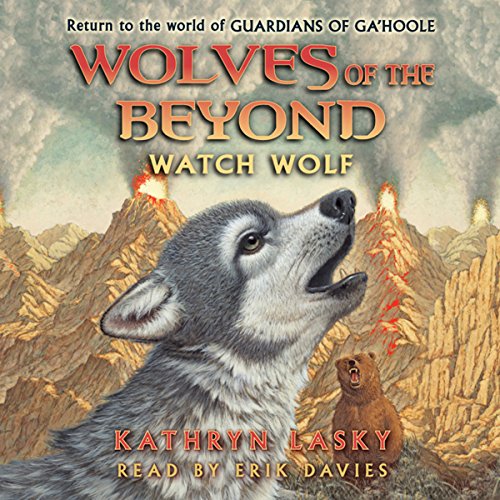 Far from the owls of Ga’Hoole, a war is brewing. A bear cub has been snatched by a wolf - an unthinkable betrayal of the peace that has long existed between the wolves and grizzly bears of the Beyond. The bears are massing, roaring for revenge. The wolves claim to be innocent, but they must either fight back or face total annihilation. For Faolan, a young wolf raised by a grizzly bear mother, the threat of war starts a terrible race. Somewhere in the honorable wolf clans hides a traitor, and Faolan must stop him and rescue the lost bear cub before it’s too late. If he fails, Faolan will lose everything... and the wolves of the Beyond will be destroyed forever.

This book is the best yet.it is very well done! All I can say is wow🐺!

loved it has sad terrifying and really happy parts It is my favorite book .The people who made ale the voices were very gooood.Hope you read it.🐺🐺😀😣😄

Another good book from lasky, this one lacks the first two books excellent pacing, but redeems itself half way through when the story seems to get back on the same track as the previous books.... The end of the book is pretty suprising, and will almost have you reaching for the tissues, such are the emotive talents of laskys writting....