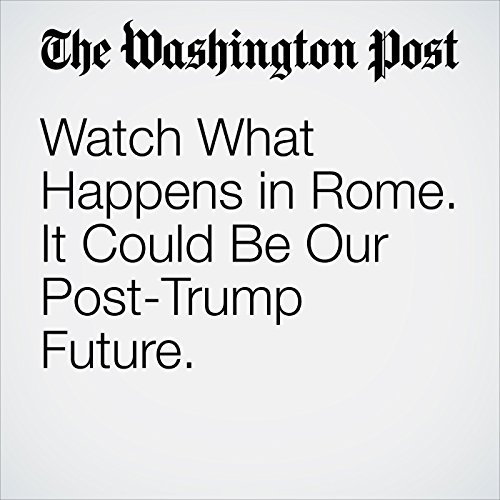 The Northern League started out as a secessionist party, advocating the breakup of Italy and independence for the northern provinces. The Five Star Movement started out as a joke — it was invented by a comedian — and then became a social media operation. Both evolved: The Northern League turned itself into a far-right party, using aggressive language about immigrants, while the Five Star Movement adopted some classic left-wing policies, calling for a universal income and high public spending. Together, they are now set to run the Italian government.

"Watch What Happens in Rome. It Could Be Our Post-Trump Future." is from the May 18, 2018 Opinion section of The Washington Post. It was written by Anne Applebaum and narrated by Sam Scholl.

Cosa pensano gli ascoltatori di Watch What Happens in Rome. It Could Be Our Post-Trump Future.