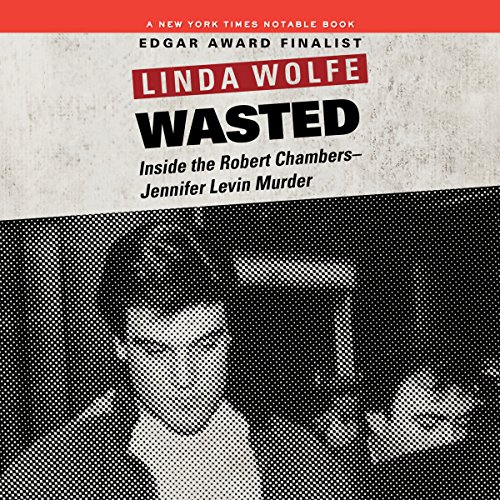 On an August night in 1986, Jennifer Levin left a Manhattan bar with Robert Chambers. The next morning, her strangled, battered body was found in Central Park. Linda Wolfe goes beyond the headlines and media hype to recreate a story of a teenager whose immigrant mother was determined to make a better life for her son, a petty thief and drug user who'd been expelled from the best schools. It's all here, from the initial police investigation, during which Chambers claimed Levin died accidentally during rough sex, to the media frenzy of the courtroom, where Chambers took an 11th-hour plea. Wasted powerfully depicts the freewheeling 1980s society that spawned a generation steeped in violence and the fatal impulses that drove Robert Chambers to kill.

A very thorough reporting for the time

I found this book to be a very well rounded report of both Jennifer Levin and Robert Chambers as well as the lifestyle and cliques that they hung with. it really is unjust the way that the case ended up. I feel like the prosecutor was in way over her head. instead of putting their top people on this crime, the city of NY gave the investigation to a detective for whom it was his first homicide. Fortunately the police were able to stumble into a confession of sorts.

The problem was that ADA Feinstein had never tried a murder case AND she was going up against Lipman who was a former prosecutor and somewhat of a mentor to Feinstein in the past! she should have been recused for that alone or at least the DA should have had the sense to assign someone else.

Still, the story itself was very captivating and the narration was excellent! if you are a true crime nerd like myself, then you will absolutely enjoy this book!

I’m so glad Pete Cross was the narrator- I love the cadence of his voice and it was so appropriate for the dialogue.

(As posted on GoodReads)
I don't know whether the author or the editor chose the title, but it definitely describes the way the reader feels about the lives and or deaths of the two teenagers. I was in college and grad school during the 80s, and although I was never a popular kid, I can envision sex and drugs taking over the lives of those who were – considering the amount that drugs had to play in the 70s!
I can't imagine this case being particularly easy to write in an unbiased way, but the author did a good job! My own biases, philosophies and prejudices resulted in my formatting my own opinion, unfortunately early on. I'm sure that it was a difficult case for the jury, also. But I think that the author presented a solid case and formidable details, much of which the jurors were not allowed to consider. As an outsider, I don't know how much of that could have been totally relevant to the jury impartially. To misquote a long-held belief – and I don't even remember who made the original quote "The jury system is the worst system in the world, except for all the others!"