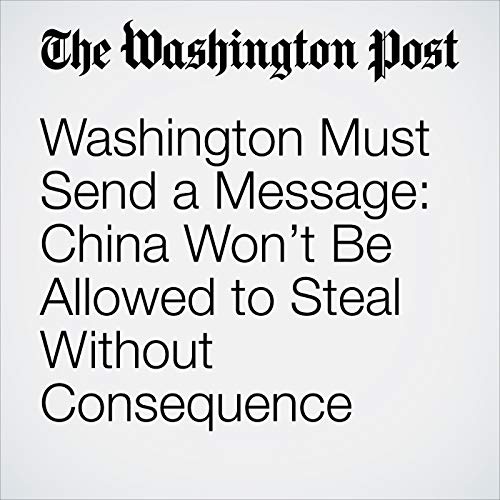 The Justice Department announced last Wednesday the arrest of a Chinese Ministry of State Security operative who allegedly tried to lure an employee of GE Aviation to turn over reams of internal proprietary details about the manufacturer’s work.

According to the indictment, the Chinese agent, Yanjun Xu, was arrested in April in Belgium, where he had been lured by authorities supposedly to receive a company computer’s worth of secret designs and files."Washington Must Send a Message: China Won’t Be Allowed to Steal Without Consequence" is from the October 16, 2018 Opinion section of The Washington Post. It was written by John P. Carlin and narrated by Sam Scholl.