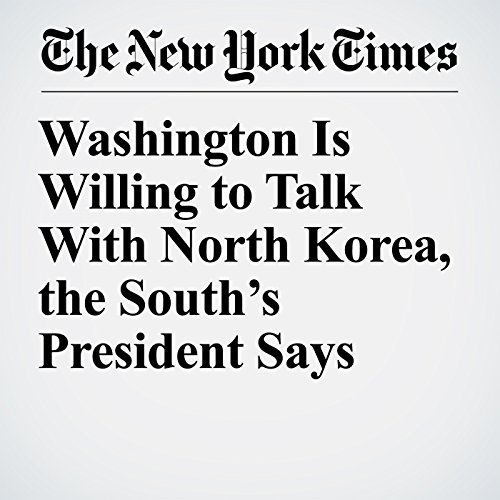 "Washington Is Willing to Talk With North Korea, the South’s President Says" is from the February 13, 2018 U.S. section of The New York Times. It was written by Choe Sang Hun and narrated by Keith Sellon-Wright.