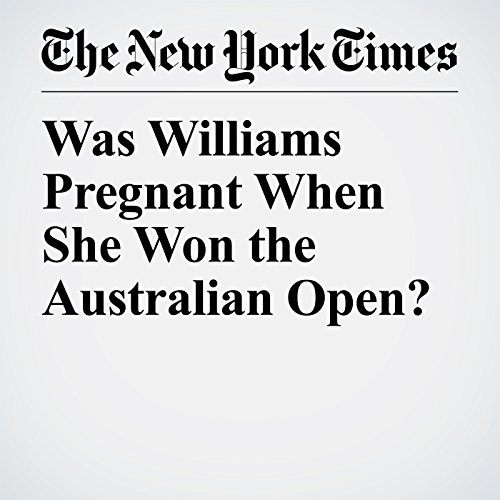 Serena Williams appeared to announce on social media Wednesday that she is pregnant.An image she published on Snapchat showed Williams posing in a mirror and the words “20 weeks.” There was no official confirmation by her representatives.

"Was Williams Pregnant When She Won the Australian Open?" is from the April 19, 2017 Sports section of The New York Times. It was written by Naila Jean Meyers and narrated by Keith Sellon-Wright.