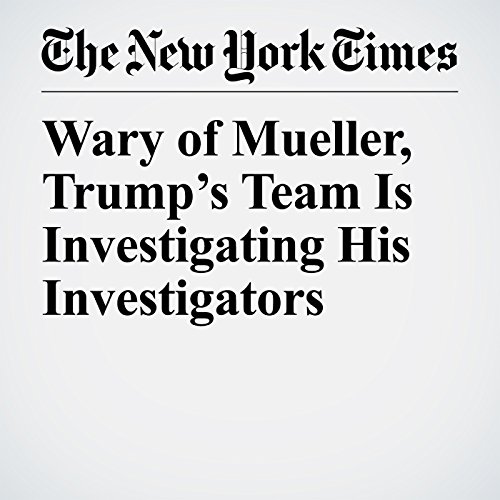 President Donald Trump’s lawyers and aides are scouring the professional and political backgrounds of investigators hired by the special counsel Robert S. Mueller III, looking for conflicts of interest they could use to discredit the investigation — or even build a case to fire Mueller or get some members of his team recused, according to three people with knowledge of the research effort.

"Wary of Mueller, Trump’s Team Is Investigating His Investigators" is from the July 20, 2017 U.S. section of The New York Times. It was written by Michael S. Schmidt, Maggie Haberman and Matt Apuzzo and narrated by Mike DelGaudio.