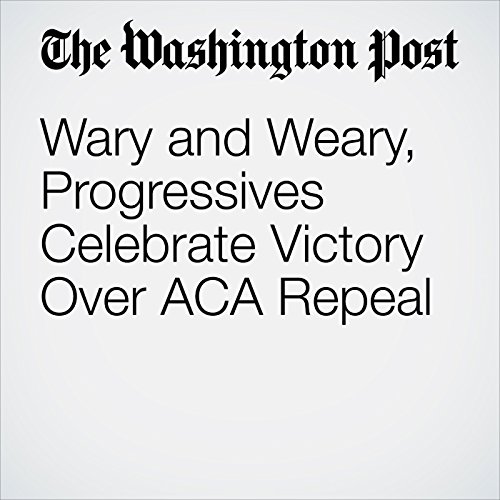 Ben Wikler learned the Affordable Care Act’s fate from a text message. The Washington director of MoveOn.org, who had led nearly daily rallies outside the Capitol to stop repeal, was five hours into the final protest when a colleague passed him her phone, buzzing with texts.

"Wary and Weary, Progressives Celebrate Victory Over ACA Repeal" is from the July 28, 2017 PowerPost section of The Washington Post. It was written by David Weigel and narrated by Sam Scholl.