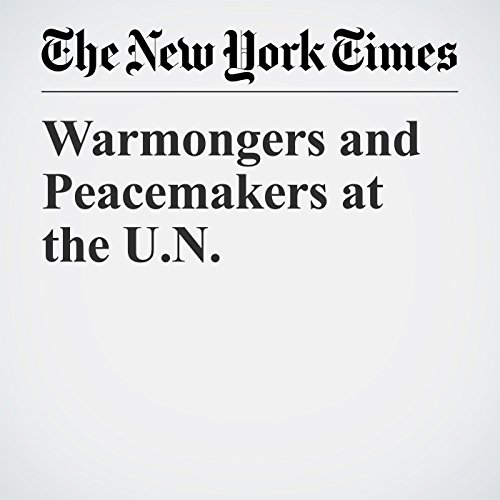 The United Nations isn’t the venue one would expect for threatening war. Yet that’s what President Donald Trump did in his first address to the General Assembly.

"Warmongers and Peacemakers at the U.N." is from the September 19, 2017 Opinion section of The New York Times. It was written by The Editorial Board and narrated by Kristi Burns.