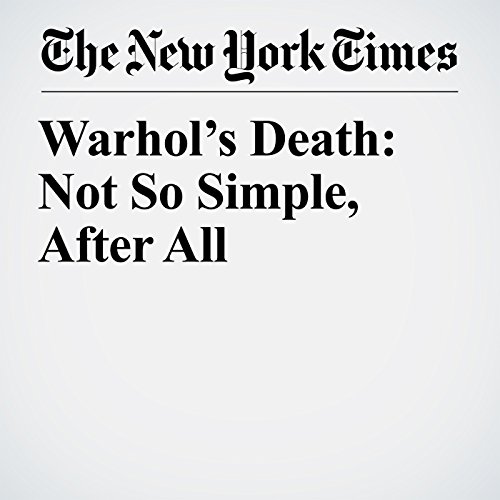 For at least a month before his death, Warhol had been ill, but had done his best to keep up his usual exhausting pace. His terror of hospitals had prevented him from getting any serious treatment.

"Warhol’s Death: Not So Simple, After All" is from the February 21, 2017 Arts section of The New York Times. It was written by Blake Gopnik and narrated by Fleet Cooper.

Cosa pensano gli ascoltatori di Warhol’s Death: Not So Simple, After All