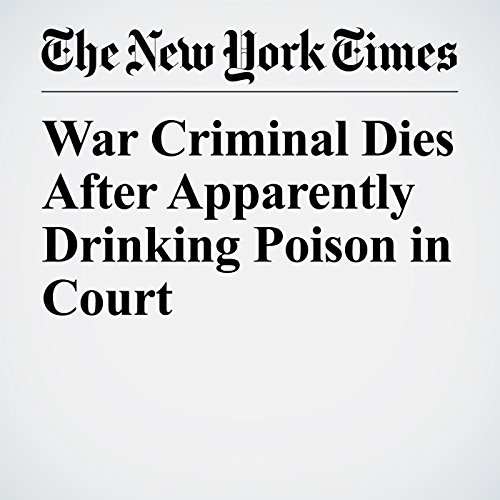 The session was meant to mark the final act of a decades-long legal process over the atrocities of the Bosnian and Croatian wars. Instead, it descended into chaos, confusion and, ultimately, death.

"War Criminal Dies After Apparently Drinking Poison in Court" is from the November 29, 2017 World section of The New York Times. It was written by Marlise Simons and narrated by Kristi Burns.