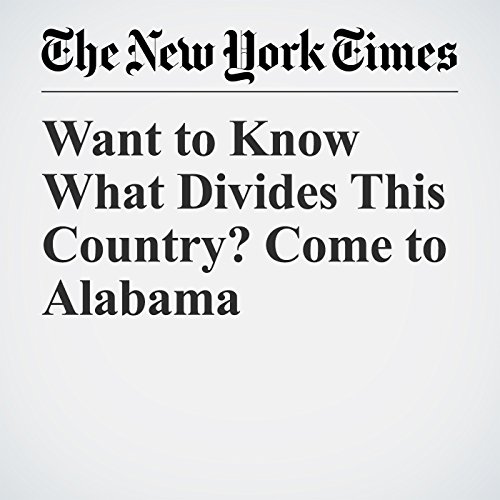 “Just wow,” Peggy and Mark Kennedy said to each other last week in Montgomery, Alabama. On the TV, Roy Moore had just pulled a little pistol from a pocket of his cowboy costume to show his love for the Second Amendment. The next night he won the Republican nomination in the race to be their next senator.

"Want to Know What Divides This Country? Come to Alabama" is from the September 30, 2017 Opinion section of The New York Times. It was written by Diane McWhorter and narrated by Keith Sellon-Wright.